We had the specs and the availability and now we've got the pricing. Verizon has just officially announced that its version of the Xoom 2 and Xoom 2 Media Edition — the poorly-named Droid Xyboard 8.2 and 10.1 — will be hitting this month. However, like the original Xoom, you're looking at a two-year contract and some rather high pricing. The 16GB model of the 8.2 will go for $430 while the Xyboard 10.1 will hit for $530. Those prices are not only higher than the UKs Wi-Fi-only offerings, but you've also got to commit to two years of Verizon service, which is a minimum of $30 a month for 2GB of data. It doesn't appear that you can buy the tablet off-contract, though we are confirming with Verizon.

In better news, Verizon is promising that both tablets will be upgradeable to Android 4.0, though it isn't committing to a timeline on that. We've got the full specs of these two in our database, but just to recap both tablets have LTE modems, dual-core 1.2GHz processors, 1GB of RAM, 1280 x 800 Gorilla Glass displays, and 5-megapixel cameras. We're checking as we type with Motorola to see if it will be offering the Wi-Fi Xoom 2s here in the US, but for the moment, it looks like us Americans are stuck with some rather pricey new Motorola tablets. 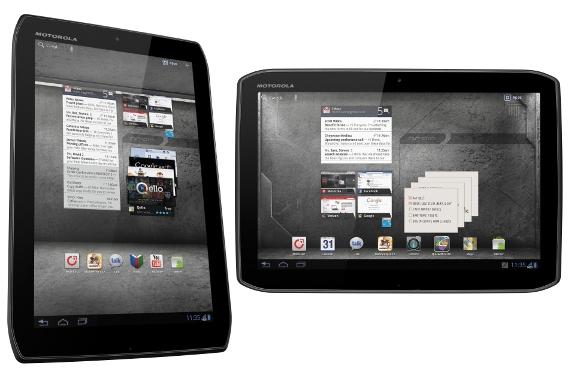 Subscribe to get the best Verge-approved tech deals of the week.

Please confirm your subscription to Verge Deals via the verification email we just sent you.

By signing up, you agree to our Privacy Notice and European users agree to the data transfer policy.Loading comments...