Ahead of HTC's Aug. 19 press event in New York, a photo leaked to PCMag suggests that a Windows Phone-based HTC One (M8) is on the horizon.

The image (left) shows the handset running the Live Tiles home page found exclusively on the Windows Phone operating system. It is live on a Verizon Wireless URL, suggesting that the carrier will be offering the phone.

This would not be HTC's first Windows Phone. In fact, in 2012, the company pledged to "go big" on the mobile OS. It released the HTC 8X, 8S, and 8XT, which landed on Sprint last year. But as HTC struggled to compete against Apple and Samsung, it doubled down on Android and the HTC One lineup, informally pushing Windows Phone to the side. 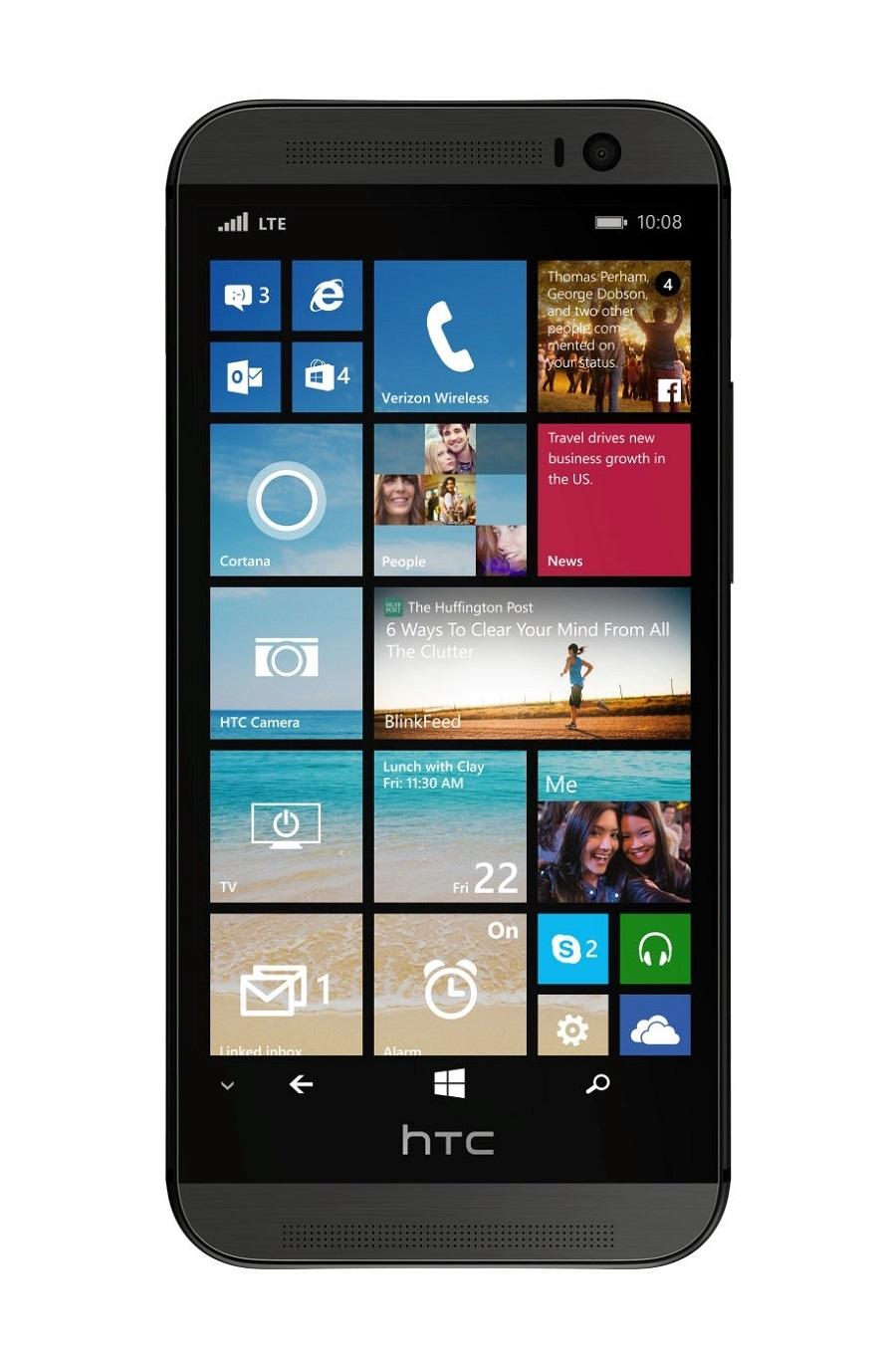 To sweeten the deal, Microsoft allegedly offered to drop the licensing fee typically required of handset makers in order to load the mobile OS onto their phones. At its Build conference in April, Microsoft went ahead and did that anyway for everyone - giving away Windows licenses for smartphones and tablets less than 9 inches.

With a brushed-metal body with a 5-inch, 1080p Gorilla Glass LCD screen and antennas integrated into the case, the One (M8) sports front-facing Boomsound speakers, a 5-megapixel front-facing camera, and a MicroSD slot.

Editor's Note: This story was updated at 3:15 p.m. Eastern with comment from Microsoft.

Sign up for What's New Now to get our top stories delivered to your inbox every morning.