Washington: Microsoft wrapped up its Surface event on Wednesday and announced a lot of new devices, including a new flagship laptop.

As per The Verge, the event was packed with news -- including the redesigned Surface Pro 8, a camera-equipped Surface Duo 2, and even a new flagship laptop that puts a hinge behind the screen.

If you were not able to watch the show live, catch up with all of the biggest announcements from the event right here. The products are available for preorder from Wednesday ahead of release on October 5.

2. The Surface Laptop Studio puts a hinge behind the screen 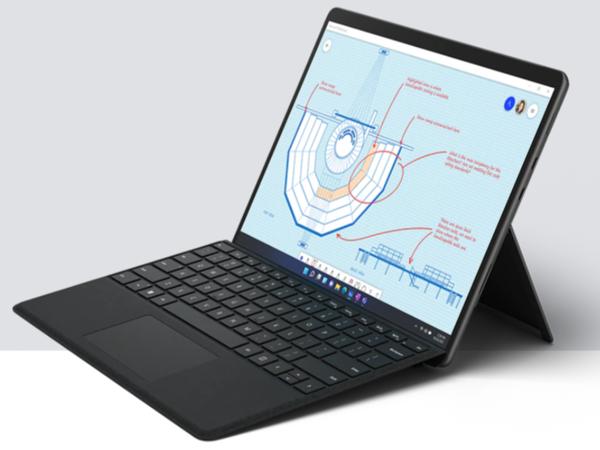 Microsoft's newest flagship laptop is the Surface Laptop Studio, a powerful notebook that puts a hinge behind the middle of the screen so you can bring the screen forward to more easily touch or draw on it.

3. The Surface Duo 2 gets cameras and 5G support

Microsoft's Surface Duo 2 adds many highly requested changes from the original, including support for 5G networks and a triple-lens camera system. There's also a new Glance Bar that shows you things like the time and how much battery is left when the device is closed.

Microsoft announced a new stylus, the Surface Slim Pen 2, and it has built-in haptics designed to give you more tactile feedback while you're using it.

The Surface Go 3, Microsoft's low-end Surface, is getting updated with new Intel processors.

Microsoft's new Surface Adaptive Kit includes labels and port indicators you can apply to make your Surface easier to use, as well as opener tools to help you open the lid of a Surface device or pop out its kickstand.

7. Microsoft's new eco-friendly mouse is made with 20 per cent recycled ocean plastic