Acer's Aspire Timeline Ultra M3-581TG is more than just a mouthful: it's an ultrabook, too. Oh, and it's not just any ultrabook: it's the first ultrathin, long-lasting laptop with dedicated GeForce graphics. While we're at it, we should probably mention that it's not just any dedicated graphics chip either, but rather Nvidia's first long-awaited Kepler GPU... and according to Nvidia, it can play Battlefield 3 on ultra settings at the laptop's native 1366 x 768 resolution. If that's not impressive enough, the company claims the Ultra M3 can still manage eight hours of battery life for normal tasks using Nvidia's Optimus graphics switching solution. The 20mm thin chassis holds an optical drive, to boot. 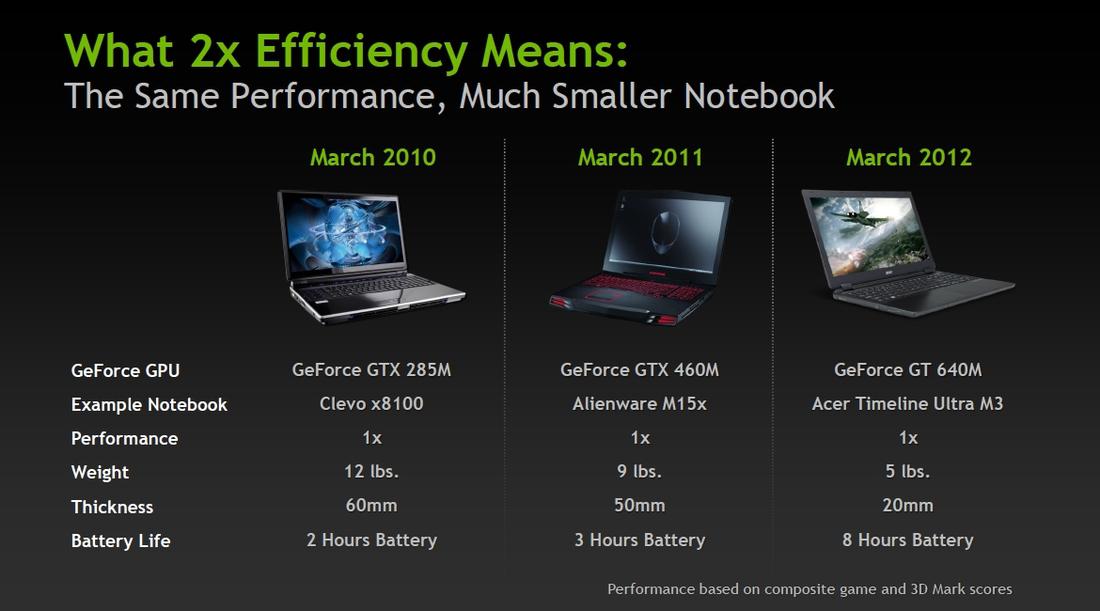 That GPU is the GeForce GT 640M, and it's a 28nm part with 384 cores running at up to 625Mhz each, and a 128-bit memory interface running at up to 64GB / sec, all of which adds up to a theoretical fill rate of 20 billion textures per second, according to Nvidia. That doesn't mean much out of context, to be sure, but it sounds like it'd fit neatly between the existing GT 555M and GTX 560M, neither of which you'd dream of putting in an ultrabook due to the power requirements.

Other than those potentially game-changing characteristics (and mind you, it won't be the only ultrabook with a GT 640M), there's not a lot to say about the Ultra M3. It's a 15.6-inch laptop with a relatively low resolution 1366 x 768 LCD and fairly standard ultrabook specs, including up to an Intel Core i7-2637M ULV processor, up to 6GB of RAM, and your choice of a 500GB hybrid hard drive arrangement or a 256GB SSD. There are plenty of full-size ports which are all on the back, it weighs less than five pounds, and we should see it on sale later this month for an unspecified number of dollars. We'll bring you a full review later this week.