Xiaomi released the first smartphone with a camera under the screen

Xiaomi introduced the flagship smartphone Mi Mix 4.This is reported by Android Authority.

A distinctive feature of the device is a front camera located under the screen.It has a resolution of 20 megapixels and is invisible when operating the gadget.Mi Mix 4 was the first Xiaomi smartphone with support for this function, although representatives of the Chinese company said that the third -generation technology of this option was used in the smartphone.

The smartphone came out with a 6.67-inch AMOLED resolution of 2400x1080 pixels, frequency support up to 120 Herz and HDR10+ technology+.The device is based on the flagship processor Snapdragon 888+ and operates on the Android 11 OS with the MIUI 12 shell.5.The phone has at least 8 gigabytes of RAM and 128 gigabytes of internal memory.

On the rear panel of the gadget is a triple camera with a resolution of 108, 8 and 13 megapixels.Mi MIX 4 is equipped with a 4500 milliMper-hour battery with support for fast wired charging with a capacity of 120 watts.The device received a dactyloscopic sensor built into the screen, NFC, two slots for SIM cards, moisture protection according to the IP53 standard. 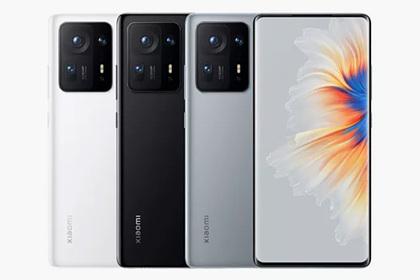 Mi MIX is an experimental line of Xiaomi smartphones.The last apparatus of the series - Mi Mix 3 - was released in 2018.The device received a fabric slider: thus, the front camera was hidden inside the device.