What I expect from Apple in 2022. Total 3 realistic desires

A lot came out of Apple from what they had been waiting for a long time.An improved iPad mini for fans, the most powerful MacBook Pro with accelerated M1 for professionals.Even an iPhone with a 120 Hz screen waited.Different desires were fulfilled, but not all.This is the reality of progress: it can never stop, and there is always something that will want to continue.

I will share what I expect from the company in the coming year-except for Homepod Mini in Russia, which seems to be about, but nothing.Let's after the holidays.

This may seem strange if you do not follow the monitors market.But finding an external screen with the quality of the IMAC level at the price of this IMAC itself is almost impossible.Even for 100 thousand rubles.Such options simply do not exist, point.

IMAC with a 24-inch display, which appeared this year, turned out to be a very revelation.The quality of its screen with minimal thickness and weight of the entire monoblock is beyond praise without real alternatives.

I have been working for him every day since summer and constantly regret that the company has not been selling its own monitors for the people for more than 5 years.No matter how cool Pro Display XDR is, the price of $ 5,000 reduces its audience by about the same amount.

IMAC with the M1 processor already has almost everything that I would like from the Apple monitor.4.5k resolution in such a small diagonal is very Retina.Color rendering and viewing angles beyond praise.Excessive, if not the best speakers in monoblocks of this size.The minimalist form and design, including a microscopic leg that does not take up much space on the table.

Only the very opportunity to connect anything but other Mac, excluding the regime that did not go far from the AirPlay streaming.The port of HDMI, Mini-Display, or even just a USB-C with the support of an incoming video signal-and that’s it, I am ready to take this by withdrawing a picture from the consoles, other Macs and so on.

It is strange that Apple sells the same Mac mini, but does not close the very obvious need of its owner in the monitor.Typically, the company actively masters potential niches of additional earnings.What are AirPods alone, who came out with the iPhone 7 without a port for headphones.But in the case of monitors, for some reason, silence.

The price of the price remains key.It would be strange if the future 24-inch monitor is more expensive without a computer inside.But this is not excluded.According to the latest rumors, for this Apple product, allegedly, it will only cut the half of the price of Pro Display XDR.And this is still $ 2500, which automatically puts a cross on the prospects of the monitor for more or less wide masses.

I hope that everything will cost, and a 24-inch monitor will not be more expensive than $ 1600.

Much has already been said, including me, about Airpods Max and their biggest problem.The barrage price of $ 649 or 62,990 rubles from the very beginning set up the consumer against very good, even unique headphones.

Comfort of wearing, sound quality, the effectiveness of noise reduction and the “transparency” mode, the assembly level and materials - Max were and remain the most excellent thing.It was already repeatedly witnessed, as critics eventually switched to Max after Sony WH-1000XM4 and other similar ones.But there will never be massive recognition, because the first impression is lost irrevocably. 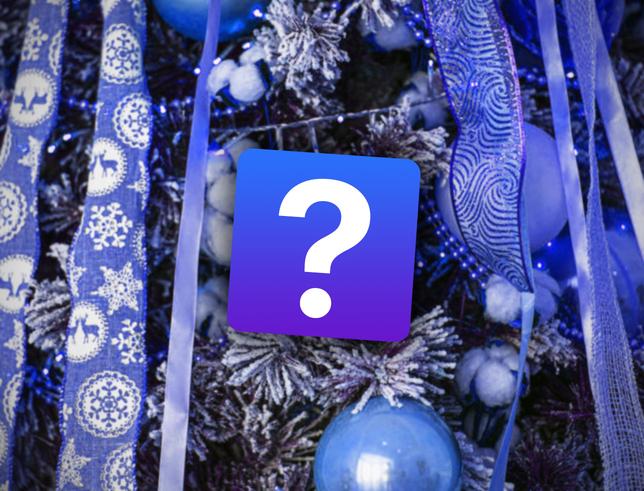 The burden of the second attempt will only be able to carry the next generation AirPods Max.It is not even necessary to do precisely the “second Max”.It is enough to simply release a new product and give it a new chance, lowering the price by at least 150, and better by $ 200.

The new generation of AirPods Max should have one important opportunity that the current model is suspiciously absent: the ability to lose music as Lossless.How exactly this will be achieved, the question is not as important as the fact of the answer is important.This can be an analogue of the AirPlay standard (in fact, the connection of headphones via Wi-Fi with a smartphone).Or a corny wired connection to the Apple device without three signal converting, as now.

In any case, Apple should have a product that can reveal one of the new aspects of the Apple Music service.It is difficult to imagine the best candidate than Airpods Max.

I have been using the first generation for more than a year, including right now, while I am writing these lines.Satisfied, but at the same time I understand those who were not impressed with them.Let the next version turn better.

iPhone with a USB-C port

I have nothing against Lightning.In itself, he is in perfect order.But the industry has long come to a completely different standard.And when many devices from Apple are already using USB-C, the iPhone raises more and more questions, as if ignoring the progress of “neighbors” in grocery ruler.

I like to charge the new iPad mini and iPad Pro via USB-C.It is very convenient that the same cable is suitable for almost a dozen gadgets in the house, and not necessarily from Apple.It is also convenient that almost all accessories can be equally successfully used both with the “iPad” and with macbook.

The IPhone transition to the USB-C will cause a wave of indignation in the industry and among users of accessories, which is natural.But he has long r opened.Already now, the iPhone 13 Pro Max easily generates video files in dozens of gigabytes in a matter of minutes, and limiting the speed of data transmission through Lightning look doubly archaic.

Many have a fear that USB-C is not as reliable as Lightning, and I share it.The standard itself is implemented so that over time (from year to four), the port of the device is shaken.The solutions have not yet been invented by this problem.But, in general, the gadgets are still not used for so long as to worry about it-the same battery will be needed to be changed much earlier than solving the issue with a dumb USB-C.

When the iPhone finally switches to USB-C, Apple will be able to move on a white horse from the growing claims of regulators in Europe and at the same time delight the owners of the smartphone with universal compatibility with the most common charging standard.

By the way ... After this, you can stop investing the cable.Saving.

Editor -in -chief iPhones.ru.Thank you for reading us.Is there a question, offer or something interesting?Write on [email protected]