Is it true that all phones will now be sold without a kit?

Remember how much talk there was last October when Apple decided to ditch the power adapters bundled with the new iPhones? This applied not only to the current, but also to all subsequent models of the phone. Everyone said that Apple had reached a dead end with its greed, taking pity on a penny accessory for a phone for one and a half thousand dollars. It just looks like Apple has once again become a visionary and the first to do what they wanted, but other manufacturers were afraid of. So is it true that now all phones will be sold without a bundle? After all, there are more and more examples.

Soon there won't be even this in the box

What phones are sold without charging

Suffice it to say that just behind Apple, Samsung repeated its step with its Galaxy S21 line. The simplest thing is to write it off as imitation, but there is still a certain sense in such behavior.

During the presentation of the iPhone 12, Apple made a serious statement about reducing the impact on the environment. All electronics require minerals and polymer materials, depriving the Earth of limited resources, not to mention the pollution created by the supply chain and the amount of garbage. As a result, less forests are cut down, hazardous industries produce fewer polymers, and less wires will be left in landfills.

Power adapters and chargers are everywhere. Some even have USB outlets. Maybe the adapter is included and really is not needed?

Why phones are sold without charging

It is believed that people have already accumulated a sufficient number of such accessories and they simply do not need them. In my case, this is true, but many will not agree with me. But the reality is that Apple and Samsung don't offer free adapters to customers who need them. Instead, they sell them, albeit a little cheaper than before the change in the package. That is why many people believe that the main motive for abandoning exercises was savings and the desire to earn more.

6 features that will make you buy a new Samsung smart watch.

The other day, Google joined the same club by releasing the Pixel 5a without a power adapter and confirming it won't be in the Pixel 6. The decision to ditch power adapters means that the only things that currently ship with Apple, Google and Samsung phones are it's a cable. In Apple's case, of course, it's a Lightning cable, further limiting its usefulness. Apple resists the pressure and fundamentally does not transfer the iPhone to USB Type-C, although it did it with the iPad. This is precisely the main argument against its environmental policy.

Will there be phones without connectors

Looking a few years into the future, it's safe to assume that Apple will completely remove ports from the phone. The company showed the “courage” to ditch the 3.5mm headphone jack on the 2016 iPhone 7, and a year later began to actively develop the idea of ​​wireless charging. 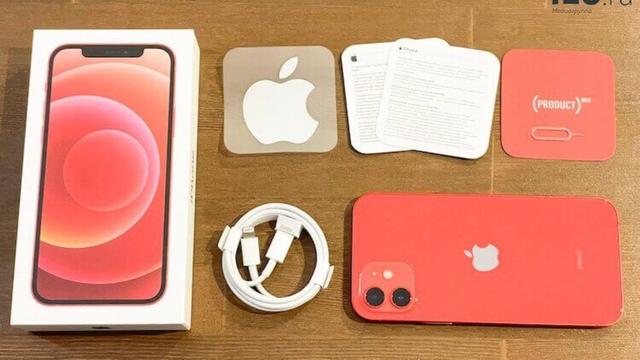 The Lightning port continues to do a few things - CarPlay, accessory connectivity, faster charging and iTunes sync - but it's easy to imagine a future where Apple actually proves that wireless can replace everything. This would allow the company to remove all the accessories included in the kit, reduce the cost of the components and reduce the size of the box by another centimeter, benefiting from transportation.

Samsung has been emulating Apple for over a decade, so it probably won't be far behind if the iPhone does ditch ports. However, there are two significant differences between these companies. Apple makes money on expensive models. Samsung, on the contrary, makes money in those markets where users are not ready to pay a lot for a phone and tend to budget models. They cannot afford wireless accessories, which means that innovations will only affect the premium segment. At least at first.

Why iPhone users have such blind faith in Apple.

Even Apple is likely to try some sort of phased approach, keeping older iPhones with Lightning while newer models drop connectors. It would even be possible to imagine a scenario in which the Pro version will lose the ports, and the usual ones will remain the same, but Apple has a clear idea of ​​\u200b\u200bunifying phones in the same line, so this is unlikely.

How much did phones give so many accessories before

It's hard to resist the drive to make money and the influence of companies like Apple and Samsung, so the long-term trend is to ditch accessories altogether. Even within the same manufacturer, remember what a bunch of adapters and cables were bundled with the Galaxy S8, and what we have now.

The Samsung Galaxy S8 kit looks like this. Can't compare to the current one.

Even if Apple and Samsung lead the way, it will probably be years before the rest of the industry follows, but a full transition will happen sooner or later. Kits can be a competitive advantage, like a complete set in a car. For example, many Chinese manufacturers offer not only a cable and a power adapter, but also a case and a screen film, and sometimes even headphones. An example is the new OnePlus Nord 2. Xiaomi does not include a charger in China, but offers it at no additional cost, and it is included in the global versions of Mi 11.

Join us on Telegram!

Correct me if I'm wrong, but it's entirely up to the manufacturer to decide whether or not to include any accessories with the phone. He does not owe anything to anyone, and if he does not want to sell a phone with a power adapter, then he does not even have to explain anything to anyone. At the presentation and in advertising, we are shown a phone. We buy and use it. And the talk about the fact that charging is “obliged” to put in the kit is reminiscent of the debate about why cars are sold without a tank of gasoline. You buy it, and nutrition for it is already your headache. So it is with phones. There is a charger - thanks! No charging - buy another model or pay a little extra for it.

Moreover, charging is always included with inexpensive models. It is not available only in smartphones, the price of which is ten times higher than the cost of this accessory. It is strange that when buying a smartphone for 80-90 thousand rubles, a person will not have 1.5-2 thousand for the original charger or 1 thousand for a non-original, but high-quality one. It can also be used with a new phone, which he will buy in a couple of years. For this, thanks to the unification of connectors and accessories.