How to turn flexible smartphones into mainstream: four hints for Samsung

Based on materials from AndroidCentral

Along with top gaming devices, the largest field for innovation is flexible smartphones.Samsung easily seized leadership by releasing devices such as Samsung Galaxy Z Fold 2 and Galaxy Z Flip 5G, but other manufacturers also have their own options for reading this topic.

Huawei’s Mate X2 is an excellent solution in which the display that occupies the surface of the lid is sufficient to serve as a full -fledged smartphone, and the device itself is laid out in a large tablet without a cutout for the chamber on the inner surface.In turn, Xiaomi Mi Mix Fold is interesting not only to a lower price tag, but also by Liquid Lens camera technology.TCL and LG showed their twisting displays, but LG no longer produces smartphones, and TCL solutions are more likely concepts, and not what can actually get to the market.

However, if we talk about why, despite the growing popularity, flexible smartphones have not yet gained widespread, there are several reasons for this.So, what could Samsung do in order to make this form factor mainstream in the present and subsequent years?

One of the obstacles to large sales of both Galaxy Z Fold 2 and the Galaxy Z Flip 5G is the price.The company began sales of the first device, immediately providing a discount, and Z Flip was originally positioned as an affordable option for a flexible smartphone.For the company, this may look like reasonable price tags, but only until you compare them with the current flagship Galaxy S21 Ultra, which has better characteristics, water protection and, in general, the best design at a price is much less than Z Fold 2, andA little larger than Z Flip.

If Samsung really wants flexible smartphones to fall into the hands of more users, she should lower the price tag.The Z Flip series will be the choice of those who want to use a smartphone with one hand and so that it is placed in small pockets.And the Z Fold line will continue to develop as flagship with all the ensuing advantages.

Innovation is expensive.If you put Samsung Galaxy Fold and Galaxy Z Fold 2 nearby, it may seem to you that these are representatives of two completely different lines.Samsung managed to significantly improve the second generation, but this happened by raising the price, so the company shifted its expenses to buyers' shoulders.

Even before the announcement of the smartphones of the Galaxy S21 series in January, the Builders of Z Fold 2 were doomed to too many compromises.We will talk about them later, but for anyone, with the exception of technology enthusiasts, it is difficult to justify the price tag of $ 2,000, if you can find the best characteristics in the smartphone, which costs several hundred dollars less.

Pour a cup of fragrant Saturday coffee and get acquainted with the news of the week.Huawei introduced a folding smartphone and curious hours, Vogue “accidentally” showed the new Realme, Xiaomi teases the new smartphone, and we chose the best products of the year ...

Our guest Volvo XC90 is the flagship crossover of the Swedish brand Volvo.The model has been produced since 2002, it was then that the first crossover with this name was released, which in 2006 received an update ...

A premium PC in the “all in one” format based on the 5th generation AMD Ryzen processors ...

Xiaomi's Mi Mix Fold could reduce the price bar for flexible smartphones, as it promises the latest Snapdragon 888 chipset and flagship characteristics at a price of about $ 1,500. But Mi Mix Fold is still maintained by compromises, and this is also the first attempt by Xiaomi to enter the market with flexiblesmartphone.The price of about $ 1,700 is still expensive, but such a price tag is already a step in the right direction, and Samsung first needs to take this step.

In the video from the channel Mr.Mobile share impressions of Huawei Mate X2 and Xiaomi Mi Mix Fold.In the video about the Mate X2, Michael Fisher shows that his screen Z Fold 2 cracked in the middle.He bought this device on the day of launch and used it further on an ongoing basis.And this is less than a year of using the phone daily, before the screen replacement was needed.

Samsung has achieved great progress as displays if you compare the first Galaxy Fold and last year model.But the space for innovation is still left, and it is not only about the compatibility of the screen and S Pen.If the most ordinary user will consider a flexible smartphone for buying, he has the right to expect that he will be able to endure all the hardships of everyday life.

Some users did not stand on ceremony with their Z Fold 2, and they had no problems with them at all.Yes, and the days have passed when the removal of a protective film from the screen led to damage to the smartphone itself.But if Samsung can continue to improve the screen and increase the overall strength of the device, this can allow you to add some kind of protection against water and dust according to the IP rating.Even if the Z Fold 3 will be IP65 or IP67, this will be a very serious argument in favor of Samsung. 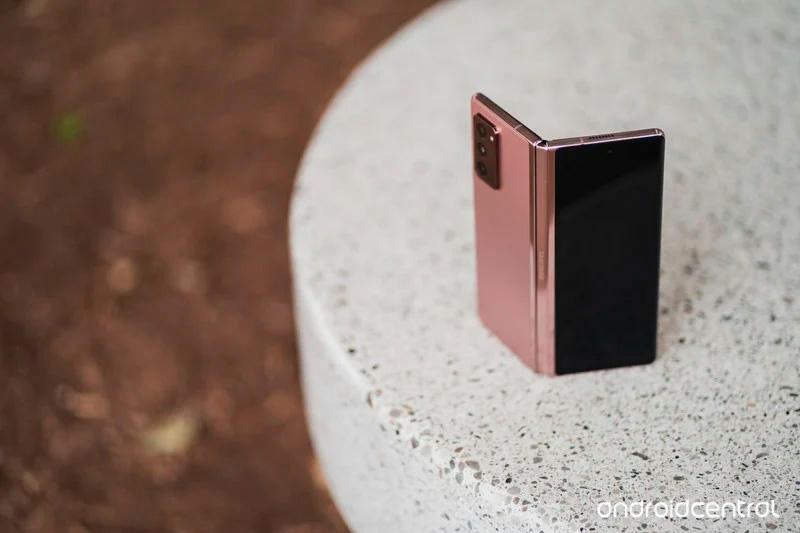 Galaxy Z Fold 2 is a real monster in terms of characteristics.At the time of the release, he had the latest Snapdragon chipset (Snapdragon 865+), as well as 12 GB of RAM and 256 GB of built -in memory plus the frequency of a large screen of 120 Hz and for a long time from one charge.There was nothing much to complain about.Of course, we would be glad if Samsung had not refused to support Microsd, but this is the path that the company chose, there is nothing to do.

The capabilities of the triple camera in Galaxy Z Fold 2 are enough for most users. No, you will not find here the latest and best sensors that Samsung can only offer, but the cell can do the most tasks for which you may want to use it. Partly the reason for the use of others than in the month earlier Note 20 Ultra, the sensors lies in the production process. Due to the uniqueness and innovation of Z Fold 2, its production takes more time, so Samsung had to order components much earlier than required for traditional design, so in fact Fold 2 began to be released earlier than Note 20. Hence not the latest components .

If you compare the Galaxy Z Fold 2 with the Huawei Mate X2 and Xiaomi Mi Mix Fold models, the Samsung product will not look like a leader. This is partly due to the fact that in competing companies they didn’t think about the economy like that, so the Huawei model crossed the threshold of $ 3,000 per device, and Xiaomi customers offer a product full of compromise solutions. None of those who released flexible smartphones on the market managed to create an apparatus that would perfectly correspond to ideas about the mainstream product. However, it is obvious that it was Samsung that came closest to this and generally goes in the right direction. So, taking into account the delay for the year of the new Galaxy Note, the Galaxy Z Fold 3 model can really turn the situation.

The world's most popular smartphone with a flexible screen is an image fold for those who remember this form factor.

The most advanced smart watches of Huawei: maximum smoothness of the image, ESIM support, measurements of body and oxygen in the blood, the presence of Wi-Fi and GPS ...

Review Xiaomi 11t Pro: Instead of buying a flagship

Xiaomi Midnetrine smartphone. Tot option when you can not overpay for the flagship.

If you are going to spend on a smartphone the amount of a couple of thousand dollars, then you have the right to expect that the resulting product will have the highest characteristics. “Satisfactory” is an inappropriate definition for any component of the apparatus for such an amount. But Samsung was doomed to seek compromises when she developed Galaxy Z Fold 2. It was necessary to redo too much in comparison with the first generation of flexible smartphones, so the savings were the only way to avoid the same monstrous price tag as Huawei with their Mate X2. But with the development of technologies, the price tag for components is reduced, so that many advanced solutions can be gradually implemented without increasing the already established bar bar. In particular, we can hope that Samsung will put a photo part in a flexible flagship worthy of the title of flagship smartphone.

Over the past few years, Google has introduced a lot of tools that allow developers to create applications that can work with flexible screens with more ease.And now Samsung has the most advanced means of implementing software working with flexible screens.So it is time to show how well the software development unit does and how much they know how to integrate the iron and software to the smartphones, the creators of which did not provide for their use in flexible smartphones.

If an example of Xiaomi Mi Mix Fold teaches us something, then this is that there is always a space to improve and expand opportunities. In this device, Xiaomi created a desktop mode when, when connecting an external keyboard, the entire 8-inch screen becomes one, as in a classic PC. Remember, there were such netbooks suffering from a lack of performance and possessed a strange design? A flexible smartphone can replace them without suffering from such shortcomings, while giving the same minimum functionality of the PC, but without “brakes”, due to a completely different operating system, and at the same time as a device from which you can call or play mobile games.

This, by the way, is one of the riddles of Galaxy Z Fold 2: why the model did not receive a desktop mode. For many years, Samsung has been successively promoting DEX Mode in the top devices, reaching the stage when the connection is no longer required for cables and adapters, which makes this mode much more practical and convenient for the user. But nothing similar for the 7.6-inch screen Galaxy Z Fold 2 is not provided. The industry has long been dreaming of a device that would really be a “all-in-one” solution, and Samsung has come close to its creation. So, you need to take just one more step.

What do you think about the future of flexible smartphones?What, in your opinion, is not enough for them to become massive?Or maybe they should remain devices not for everyone?