Samsung Omnia - a series of new smartphones for every taste

Samsung Electronics has recently introduced a new series of mobile phone, which were shown at the Comunicasia 2009 exhibition.A series of OMNIA smartphones of this manufacturer was replenished with the following models: Omnia II (i8000), OmniaPro Series (OmniaPro B7610, OmniaPro B7320) and Omnialite (B7300).

The new items, as the manufacturer says, was inherited from the first such apparatus, Omnia, all the best, and the company should help the company to strengthen positions in the smartphone market.

The Omnia II (i8000) apparatus is positioned as the “all-in-one” device, the device is running Windows Mobile 6 OS.1 Professional and focused on users actively using multimedia functions.The phone has a huge 3.7 "AmOLED screen with a resolution of WVGA, which, as stated, is perfectly read even on a bright sunny day.

Simple but convenient Touchwiz 2 interface.0 User Interface, as the name says, is optimized for the convenience of control due to sensory technology.Resistant (R Touch) Screen provides a quick response to the user.

The device is able to display a video of 480r quality, provides the possibility of comfortable surfing on the network (support for HSUPA technologies (5.76 Mbps), HSDPA (7.2 Mbps) and Wi-Fi) and the ability to play B3D games.

OmniaPro B7610 is designed for both work and games.The device has a QWERTY keyboard and is optimized for the active use of email.This smartphone supports a similar PC type of browsing using Opera 9.5 and also supports HSDPA and Wi-Fi.The smartphone is equipped with a 5-MP camera, GPS module and an AMOLED type screen. 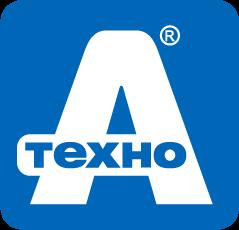 PDA OMNIAPRO B7320 is reported that a compact and ergonomic device with a QWERTY keyboard.The device is positioned as a "portable center of messages".Probably, the phone is focused on young people actively using the SMS service, there are also applications for social networks in this device: Facebook and Myspace (plus MSN, Google Talk and Yahoo Chat);FM receivers Wi-Fi support.

Omnialite (B7300) is the easiest smartphone, but with the support of multimedia, Internet work and some functions that can be used in business.The device used the Touchwiz 2 interface.0 user interface and downloaded widgets are supported.

The Omnialite (B7300) smartphone also, as in the OMNIAPRO B7610 model, has functions for active work with e -mail, the Microsoft Office Suite and Browseropera applications are installed.Supported communication types: HSDPA and Wi-Fi.The device is also equipped with a GPS module, a 3-MP camera and, like all smartphones of this series, is supplied with support for different codecs.