Samsung has unveiled its new 12.4-inch Galaxy Tab S7 FE tablet, which is positioned as a cheaper option compared to the Galaxy Tab S7 and Galaxy Tab S7 Plus. The new Tab S7 FE is not as high quality as these models, but has some impressive specs and features. We'll have to test the tablet before we can say anything concrete, but based on what we know so far, you should consider this list before spending your hard-earned cash on an iPad Air or Surface Pro 7.

The Galaxy Tab S7 FE, Samsung's sub-flagship tablet model that surpasses the budget "Galaxy Lite" series, will try to strike the same balance as the Galaxy S20 FE, a $700 smartphone considered one of the best mobile phones ever. Starting at $529 The Galaxy Tab S7 FE isn't a budget tablet, but it undercuts the premium options from Apple and Microsoft while still offering some of the Galaxy Tab S7's best features at a lower price.

Key features of the Galaxy Tab S7 FE include a 12.4-inch 2560 x 1600 pixel display, S-Pen support, and optional 5G. and high-speed connectivity could make it a great companion for watching content on the go. We're looking forward to reviewing it, but until then, here's what we know about Samsung's latest tablet.

Samsung will only sell Wi-Fi and 5G variants of the Galaxy Tab S7 FE, with the latter coming later this week.

The Galaxy Tab S7 FE 5G will be available in the US on August 5 starting at $669. You can order this higher-priced configuration (Mystic Black only) from Samsung.com, AT&T, and Verizon. It will be available "in the coming days" at T -Mobile, USCellular and others.

If you buy the Galaxy Tab S7 FE 5G or pre-order the Wi-Fi version, you'll get an $80 Samsung credit. 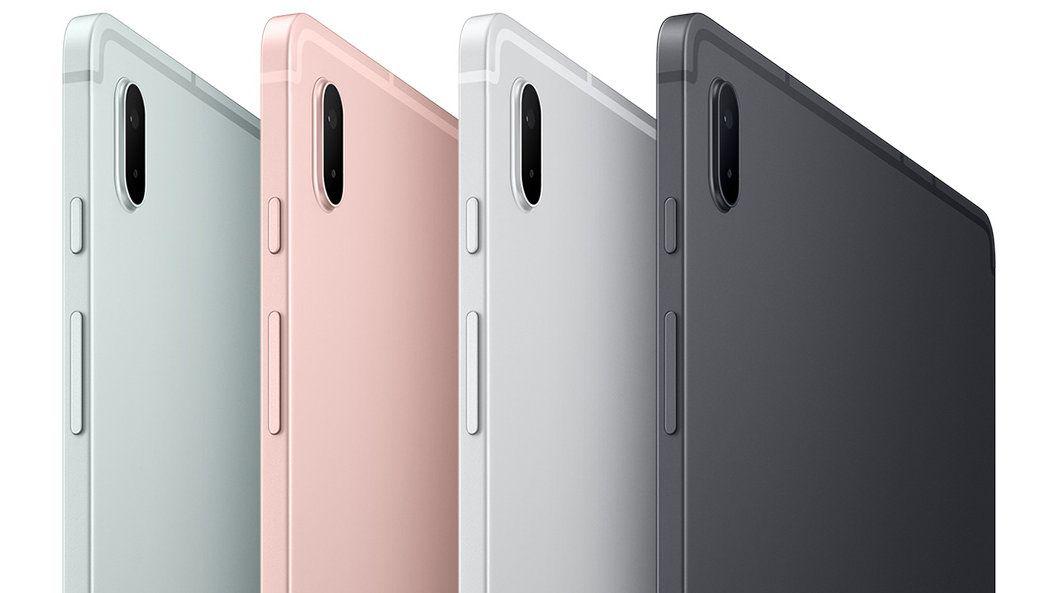 I haven't seen the tablet in person yet, but judging by the press photos, it looks almost identical to the more expensive Galaxy Tab S7. The front images show thin bezels around the large display and a webcam located at the longer end of the tablet.

What I like the most about the design are the new colorways. Mystic Black, Mystic Silver, Mystic Green and Mystic Pink are available for the WLAN model (see picture above). The last two are especially interesting. returns after not being used on the Galaxy Tab S6 Lite. This magnet holds the S Pen in place and charges the pen when not in use. There's also an extended camera module and a subtle Samsung logo on the back of the tablet.

In line with its premium sibling, the S7 FE has a unibody metal construction that weighs just 1.3 pounds and is 0.25 inches thick. By comparison, the iPad Air weighs 1 pound and is 0.24 inches thick.

No battery life estimates have been made, but Samsung promises "long battery life" from the 10,090mAh battery. When empty, you can restock the Tab S7 FE via the USB 3.2 Type-C port, which supports fast charging.

Bigger is better.Despite its average price, the Galaxy Tab S7 FE stands out with its massive 12.4-inch TFT LCD display with a resolution of 2560 x 1600 pixels.Why is this so important?Since Apple only sells tablets with large panels, 12. The 9-inch iPad Pro costs $1,100.

It's not the gorgeous Super AMOLED panel you get on the Galaxy Tab S7 Plus, but if it's anything like the LCD on the regular 11-inch Galaxy Tab S7, then expect a bright, vibrant image.

The box includes an S Pen for drawing, taking notes, or navigating the web without blurring the big screen. Samsung has preloaded several drawing apps on the Tab S7 FE, and tablet owners also get a 6-month trial of Clip Studio Paint.

If you want to turn your tablet into a laptop replacement, Samsung offers a keyboard accessory on the cover of the book. In the resulting photos, it looks cramped and the touchpad is missing, so functionality is limited. fell when you put it in your backpack.

Don't expect outstanding performance from the Galaxy Tab S7 FE, which uses a Qualcomm SM7325 (Wi-Fi) or 750G (5G) chip, depending on the model. These processors are mostly used in smartphones.

We're going to test the Galaxy Tab S7 FE against the competition, but don't bet on whether it will compete with the iPad Pro and iPad Air. What you get is 5G connectivity that covers mmWave bands up to 6 GHz. which provides the fastest and most complete support for mobile devices.

The hardware is complemented by 4GB of RAM and 64GB of internal storage, which can be expanded up to 1TB via a microSD card slot.

The Galaxy Tab S7 FE tries to achieve what the Galaxy S20 FE did by offering 90% of the flagship experience at a reduced price. It has a large 12.4-inch display, has the premium design of its flagship sibling, comes with an S-Pen, and even supports 5G (surcharge).

The Tab S7 FE isn't exactly a budget option, starting at $529 - it's somewhere between the cheaper Lite version and the expensive Galaxy Tab S7 Plus. However, the large display and extra features could make it a valuable choice for those who need a tablet for content consumption and basic performance.

We expect the device to arrive soon. So reach out to us for our full test that compares it to the iPad Air.