Windows Phone 8 is solid on the Lumia 925. The Qualcomm dual-core 1.5GHz Snapdragon S4 helps push the UI and apps along at speed when combined with the 1GB of RAM. I never experienced any performance complaints and games ran smoothly. The 925 also runs on the latest version of Windows Phone 8, with improvements that aren’t available to other handsets just yet. Unfortunately, those updates are very minor. Data Sense, a feature previously reserved for certain carriers like Verizon, is now fully enabled and lets you track your monthly data allowance. FM Radio support has also returned to Windows Phone, but apart from that there's not a lot of new changes.

Whereas Nokia's Here Maps and Here Drive software have traditionally been exclusive to its handsets, the Finnish smartphone maker opened this up to other device makers recently. If you're buying a Nokia Windows Phone these days, it's really about the device quality and camera rather than the software benefits. The Glance feature is unique, along with a double-tap-to-wake option, but that's as far as the uniqueness goes here. It's a pretty standard Windows Phone affair, with some software tweaks to the camera and screen. 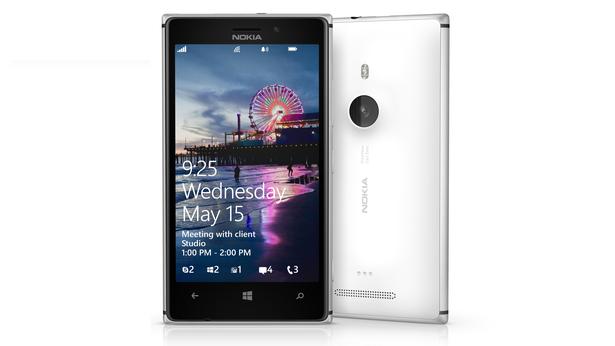 Windows Phone is a joy to use, but I always feel like I'm not getting the full experience from apps that I'd see on iOS or Android. Third-party apps attempt to bridge the gap, but they often lack the full features available on rival platforms. Even when official apps are available, there are occasions when they're not always inline with rival platforms. As a Windows Phone user it's frustrating, and there's only so far that app developers can go to make up for the lack of interest from big names like Google, Instagram, Vine, and Dropbox. The problem isn't necessarily that the apps aren't available, it's that they come so late that they're irrelevant by the time they arrive. This is especially true in the case of games, where people move on from one to another as the months go by.

Things are getting better

Things are getting better though. A number of apps and games have launched or been improved in recent weeks. Even apps like Rando — an experimental photo sharing platform, which is starting to get popular on other platforms — are launching early on Windows Phone. The blank palette of Windows Phone is powerful out of the box without additional third-party apps, but it certainly feels like developers are starting to accept Windows Phone as the number three ecosystem. If this is the case then there's hope for Windows Phone to push into the double-digit market share. If it can achieve this then maybe that promised momentum that Nokia and Microsoft keep discussing will suddenly appear.