The Samsung Galaxy Unpacked event is just around the corner, but the tech giant has announced the all-new Exynos W920, the first 5nm smartwatch chip to be used in next-generation wearables. The Galaxy Watch 4 is set to offer a significant performance boost. According to the announcement, Samsung's next smartwatch chip will arrive in the "upcoming Galaxy Watch model" with the Exynos W920 specifically designed to support the Korean company and the next big Google Wear operating system. The Galaxy Watch 4 comes to mind thanks to the many leaks that led to its anticipated reveal 11th August.

The Exynos chip boasts dual Arm Cortex-A55 cores and a Mali-G68 GPU that Samsung claims will boost smartwatch CPU performance by around 20% and a tenfold improvement in graphics performance over its predecessor. The Apple Watch 7 could have a real competition among wearables. Samsung claims it is the industry's first 5nm smartwatch processor, delivering faster app launches and a "more engaging interactive 3D graphical user interface (GUI)" on the Galaxy Watch's QHD display (960×540). We can also expect the next Galaxy Watch to pack a larger battery or have a "slicker design" thanks to the smaller Exynos chip. The announcement also says that the Exynos W920 will feature a 4G LTE modem and Global Navigation Satellite System (GNSS). Samsung claims that the chip allows for an always-on display that is not drains the battery because the chip can activate a special low-power display processor to reduce display power consumption. This is not the only Exynos chip Samsung is working on. Earlier this year, the tech giant announced a partnership with AMD to develop the next-generation Exynos mobile chip, which will provide Samsung devices with ray tracing and variable rate shading technology. The company says we'll get "more details later this year," so stay tuned. Samsung Galaxy Unpacked will take place on August 11th, but we've already seen a number of leaks showing off the Galaxy Watch 4, as well as mixing Tizen and Wear OS from Google and Samsung. The company is also set to unveil its Samsung Galaxy Z Fold 3 and Flip 3, so get ready for a selection of next-generation devices. 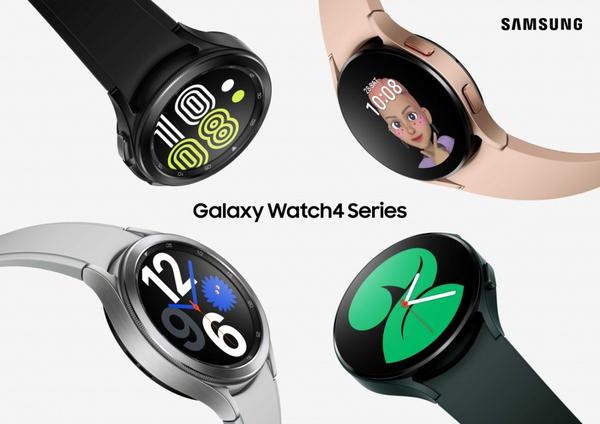