What the brand new WhatsApp for Windows will look like: images of the interface of the new application leaked to the Network

WhatsApp messenger has been available on computers for a long time, but it is essentially a mobile application adapted for desktop computers. Things will change soon, the source said, as the company develops an entirely new app for Windows and macOS.

Aggiornamenti Lumia has released screenshots and animations that show what the new WhatsApp software will look like and what its key features will be.

The WhatsApp UWP app with translucent panels already exists as a beta version for Windows 10 and Windows 11. The source writes that the new app, unlike the old (and heavy), launches in just 1 second.

The WhatsApp developers have added the ability to draw, a handy feature that can make the most of touch-enabled Windows devices. You can quickly draw or write something and send the drawing to the interlocutor. 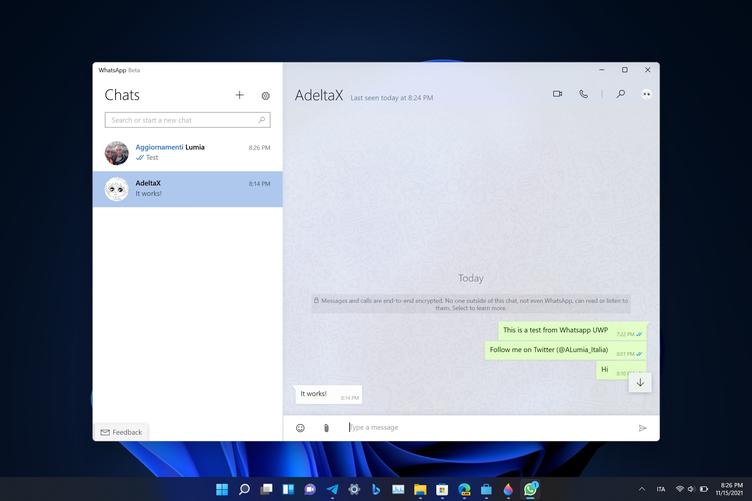 You no longer need to keep the Whatsapp desktop app open to receive notifications. The new version of Whatsapp for Windows will notify you of notifications even when the application is closed.

Settings will be grouped into six categories: General, Account, Chats, Notifications, Storage, Help. The application is very similar to Skype, but differs in design elements and the traditional green color of the chat windows.

WABetaInfo adds that the new version will also be released on macOS. Release dates have not yet been announced.