Microsoft, as promised, issued an official introductory version of the Windows 11 operating system. It is available for participants in the pre -evaluation of Windows Insider, which can be registered on the Microsoft website.

The Windows 11 operating system in the current version 22000.51 offers an updated interface, a new start menu, a taskbar, a notification center, new multitasking functions, and also, unlike a previously “merged” image network, is equipped with a fully updated “conductor”.If the user's computer is equipped with an accelerometer, then the Windows 11 lock screen will show the parallax effect.

In addition, now support for the wireless standard Wi-Fi 6e should work normally with the appropriate equipment. 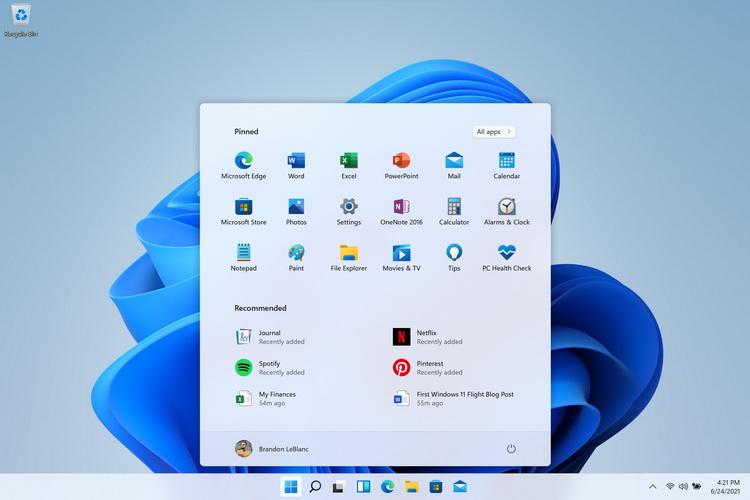 Android apps for Windows, as well as the Microsoft Teams application, did not get into the assembly.Both functions are still in development, and Microsoft will add them to one of the next preliminary assembly by Windows 11. Some users who have already installed the official preliminary version of Windows 11 (22000.51) reported that they were able to update to it with an earlier assembly that damped into the network.

Microsoft also published a list of well -known problems of Windows 11 (22000.51), which can be found in the official blog of the company.The most serious of them:

To install the pre-assembly of Windows 11, you need a computer that meets the minimum system requirements, as well as having a Trusted Platform Module (TPM) 2.0, or support for software FTPM emulators.The preliminary version of Windows 11 is not recommended to be installed on a computer for everyday use.