Parallels is a company that is best known due to its signature software for "virtualization".If you say in other, simpler words, it allows us to launch Windows and Linux operating systems right on Mac computers.And summing up the intermediate results, the company concluded that the last year was extremely tense for it.The thing is that in addition to creating a version of Parallels, which for the first time was able to work in Chrome OS, the company also had to come up with how exactly in the shortest possible time it quickly force her software to work with the new MACs working on M1 processorscreated on the basis of ARM architecture.

And despite all the difficulties that the company faced, it still finally produces Parallels Desktop 17.This version of the software has improved performance on MAC M1 computers, as well as with full support of future operating systems such as MacOS Montery together with Windows 11.And if we talk about current compatibility, then the fact that Apple transfers his Mac to ARM architecture means that from now on Parallels supports two different Mac computers at once.Thus, to date, the only versions of Windows that Parallels can launch on the MAC with M1 chips are the Insider Previews for Windows 10 and Windows 11.

This is due to the fact that so far, only these versions of the operating system can work on equipment based on ARM.Nevertheless, it is also important that Parallels clearly states that at the very moment when a full -fledged version of Windows 11 will be released and will become available to the general public, it will immediately, right from the release, will work on Parallels 17.However, if you are a MAC user based on the Intel processor, then you can run a huge number of different virtual machines, including support for Windows, such as XP, 2000, as well as MacOS up to the 2011 OS X Lion version.Officially, now the software supports 12 different Linux distributions, while MAC M1 computers can virtualize only four now, including Fedora with Ubuntu. 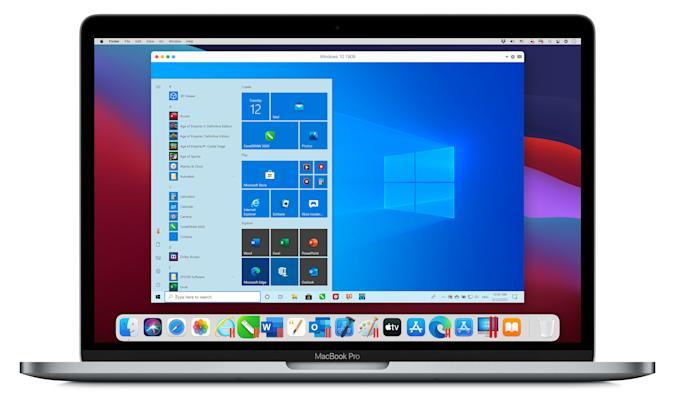 Thus, despite the fact that the MAC computers on Intel still offer the widest compatibility, Parallels has not been able to detect that the “clean” power of the M1 chip means that users will not experience any problems with Windows 10 or Windows 10 or11 Insider Previews.Built-in Microsoft emulation for Windows means that the Windows 10 Insider Preview can run almost any 32-bit application X86, as well as “many” 64-bit applications X86.And yes, it is the power of the chip M1 that helps to compensate for the loss of speed due to emulation.