2021: In Windows 11, you can now launch Android applications

On October 20, 2021, it became about the launch of the Windows Subsystem for Android (WSA) system, which allows you to run the Android applications in Windows 11.

Microsoft released the first preliminary version of the compatibility of its Android applications in Windows 11. It is available for testers in the Windows 11 Beta Channel.To access, you need to take part in the Windows Insider program.

A specially designed Windows Subsystem for Android subsystem will provide work with Windows 11 and interaction in the background.

Applications are displayed in the search results, as if they were conventional Windows applications, the integration in the Start menu and the taskbar allows them to look the same as any other application with the exception of the ineffectiveness of work and frequent software errors. 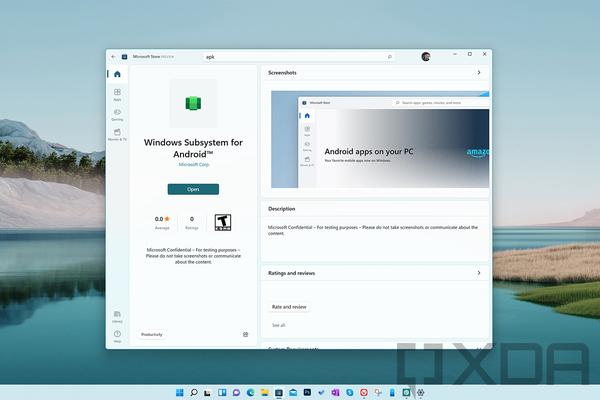 Microsoft, together with Amazon and its Amazon AppStore application store opened access for downloading 50 applications from Google Play Store.Applications can be installed by going to Microsoft Store by authorizing and moving to Amazon AppStore through the Amazon account for access to the store.The computer must meet the general requirements of Microsoft for working with Windows 11.

The initial issue of Microsoft for the beta channel of the pre-evaluation of Windows also suggests that the function in the future may appear for everyone who uses Windows 11, much earlier than expected. [1]