With a maximum discount of 70%, small appliances and accessories are offered - such as covers and protective glasses for smartphones, electric hair pliers and the like.

More expensive devices appear in the “more than 30%” category – from TVs to high-end coffee machines and refrigerators, including robotic vacuum cleaners. The flagship smartphones Samsung Galaxy S21 and Huawei P40 Pro + series can be bought at a discount of up to 10 thousand rubles. 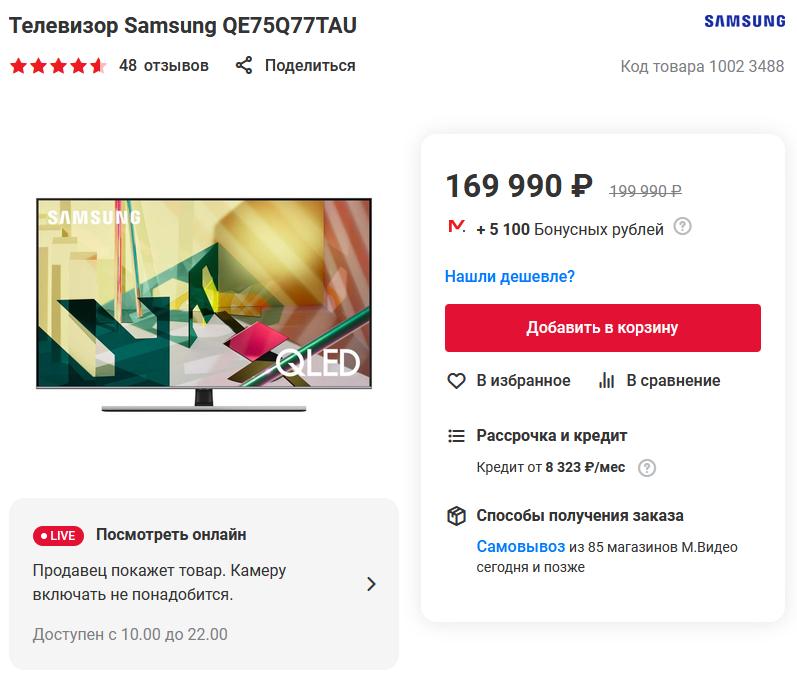 Updated. True, there is a catch in this action. The problem is that some discounted prices are now also available in other stores for the same "standard" price. For example, the same vacuum cleaners are offered at a price of about 10 thousand rubles, not only in M.Video. The Samsung QE75Q77TAU TV is offered at a similar discount in the official Samsung store. And the Sony Alpha7 III is available at such prices in the official Sony store. Nevertheless, discounts on Apple's iMac are quite fair - prices for a 27-inch iMac model in the official Apple store start at 188,990 rubles, and for a 21.5-inch model with 4K screen - from 134,990 rubles.