On the network there were updated specifications of future game systems from Microsoft and Sony and rumors that both consoles will show already before E3 2013 in June, and they will go on sale before the end of the year.

So, Xbox 720 and PlayStation 4 are built on PC-comprehensive ones.Moreover, AMD processors will be used in both systems.In the Xbox-an 8-core chip at the Jaguar architecture with a frequency of 1.6 GHz (one of the nuclei is reserved for the tasks of the OS).In PS4-4-core in the same architecture with a frequency of 3.2 GHz, but in APU configuration.APU can be used for non -loading tasks such as browsing, watching video, etc.It is worth considering that the chips based on the Jaguar architecture will begin to appear only in the II-III quarter of 2013 and will vary very much in performance.

It also applies to the GPU of both systems.This is again AMD solutions based on 8000 episodes.The first video cards on these chips will also appear closer to the summer and will include completely different solutions, from the initial level of 8750 to extreme 8990. Which models will be in real devices from Microsoft and Sony is still unclear.In PS4, up to 4 GB of GDDR5 memory is expected, in the Xbox 720 - up to 8 GB of DDR3 (1.5 GB is reserved for the OS).

As you can see, there is nothing superior in the configurations, for sure by the end of the year, some of us will have similar computers in performance.Despite the difference in frequencies, nuclei and memory volume, in fact, Microsoft and Sony systems have almost the same performance.

Obviously, both consoles will show on the eve of E3 2013, on this occasion there were even several comments from representatives of the company, which, however, quickly removed from specialized sites.The predicted start date for the Xbox 720 - the end of 2013, for the PlayStation 4 - the end of 2013 or the beginning of 2014.The expected cost of both devices is $ 350-400, which is lower than the starting prices of the previous generation models. 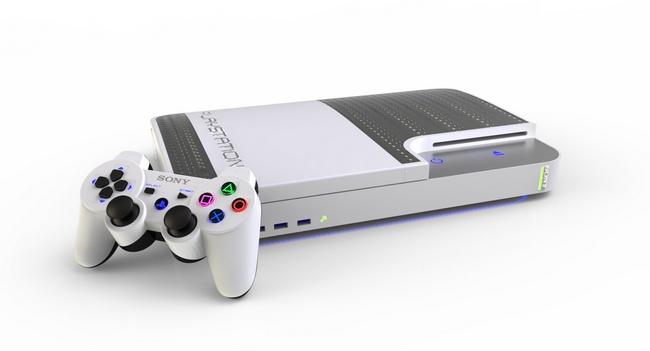 The new consoles will not refuse physical media finally, but will be more oriented towards digital content.Both will have voice and brutal control (Kinect in the basic supply of Xbox) and are submitted as a universal entertainment center for the living room.

The transition to PC components will have a beneficial effect on the cost and ease of development and porting of games, as well as building network infrastructure-Free-to-Play and MMO will finally come to consoles. That's just frozen for the next 5-7 years, the configurations of game systems, despite the fact that smartphones and tablets double their power every year-this is an extremely negative factor. Experts are inclined to the fact that generations of prefixes should now be updated more often than the previous ones, but hardly anyone is ready to purchase a new console every two years. And here are microconsoli such as Ouya or Game Stick, worth up to $ 100, which can be updated almost every year, they already look very interesting.

Valve will also intervene in the console race at the end of the year, with its Steam Box also built on the PC-complex.We will wait for the configuration and the cost of this device, and then we will draw conclusions about the prospects of a particular model.

So, suddenly, in 2013, PC and PC-like consoles again become the main game platform for serious gamers.Ways of technological evolution are non -conjugated.