App Store has captured fake reviews and cheating, and Apple can do anything about it

Now, when so much attention is paid to the App Store (a court with EPIC Games, antimonopoly proceedings and much more), the main argument of Apple is that preliminary verification of App Store and moderators provides safety and reliability for users.However, unscrupulous applications continue to slip past Apple employees and collect millions of dollars from iPhone and iPad owners before they are caught.The problem has already taken so serious that some talk about the need to generally remove reviews from the App Store, as well as several times to tighten the moderation of applications, even if it takes an additional time.

Soon, the App Store will not have real reviews at all

One of the main factors contributing to the spread of a new type of fraud is to use fake reviews to support applications, which no one would particularly look at without reviews.This is already a common scheme: to create a very simple application that can be found according to common keywords in the search, install an unjustifiably high subscription price in it and raise it to the App Store TOP, having bought several hundred reviews for “5 stars”.My colleague Ivan Kuznetsov believes that in many ways this is the fault of the users themselves who do not look, that after a free trial period, an auto -sales of paid subscription begins, and fraud as such is not here.I do not agree with this, because if the developers had not violated anything, Apple would not ask them to justify the high subscription price.In addition, in the App Store, initially the algorithm for the work of the free period is made so that the user is 100% subscribing, even if this does not want to.

Why do not believe the reviews on applications

You don’t have to go far for examples, just look at the application called My Pulse-Hert Rate Monitor.The application really "works".This is not the case when moderators missed a program that does not perform the declared functions.The application allegedly reads your pulse when you apply a finger to the camera flashlight.This is far from the first application that reads the pulse in this way.Of course, its testimony will not be as accurate as the data from the same heart rate on Apple Watch, but the application will show you data remote to your real heart rate.

In appearance nothing unusual, such pulse meters in the App Store in bulk.Until you open this application.It forcibly packs users to buy a subscription.First, immediately after the first launch of the application.You can close this window and make one dimension, then the screen with the subscription will appear again.And again.Subscription is far from cheap: $ 6.99 a week, $ 16.99 a month or 69.99 dollars a year.This is the cost of a good cloud storage.Even popular applications with greater functionality like 1password are cheaper.

Somehow a little expensive for the application that the pulse considers, do not find? 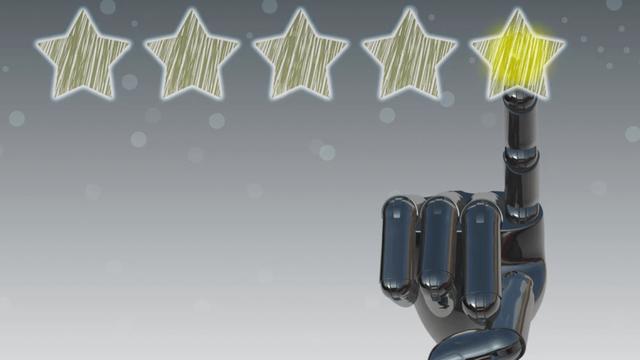 The developers clearly hope that users will issue a subscription, not paying attention to what they do.A three -day free trial version helps to convince people to subscribe, and then they begin to write off money from them, as the subscription by default is renewed automatically.Many may not notice until they look at the history of operations on their bank card or see the receipt from the App Store in the post office.

The essence of fraud is to quickly obtain a large number of downloads by manipulating reviews and searching in the App Store, and then in deception of people who, in ignorance, fall on the subscription after a free trial period.

Let's look at the reviews of the My Pulse-Heart Rate Monitor application.In the American App Store, he has more than 1,000 reviews with an average rating of 4.1.He has a bunch of reviews for 5 stars, but almost all real reviews have one or two stars.At the same time, users complain that the application does not work very well, and they talk about the high cost of subscription.

There are a lot of positive reviews from one day, and everything is as if under a carbon copy

It seems that this developer paid only for fake reviews in the USA.In other regions of App Store, the overall rating is much lower.For example, in a store in the UK, the application has 1 star, in the Russian App Store there is no rating yet, but the subscription also costs some unrealistic money for this: 549 rubles a week or 7,090 rubles a year!If you know such applications in a Russian store, tell us about them in the comments or in our chat in Telegram to have time to warn the rest.

Yes, I cry less for Apple One

Honestly, fake reviews are not so easy to recognize.They are written in fairly good English, without errors.And can easily bypass the algorithm of the automatic spam filter.However, a more stringent human supervision can easily outline these falsifications.

You may be interested: Apple's senior engineer compared the Apple moderation using a plastic knife in a shootout

How Apple can remove fraudsters from the App Store

Of course, Apple cannot control the reviews and ratings of each application in the App Store manually, since thousands of new applications are sent to the store every month.However, the company could pay more attention to applications that are sharply in the top store tops.

For example, this pulse application is currently the 335th most box office in the entire App Store!According to estimates, it has already brought to developers more than a million dollars of income.

Perhaps when the application first falls into the thousand best, it should undergo a thorough manual verification of all functions, pricing policy and other data.So Apple can really say that the App Store is the best and safest way for users to find third -party software and use it.