The hero of this review will be the Gainward GeForce GTX 780 Phantom Glh - a top -end solution, a distinctive feature of which is the original Phantom cooling system.Like all GTX 780, this accelerator is based on the GK110 video processor released according to norms 28 Nm.We will make a lyrical digression and, while the developers of the graphic nuclei of AMD and NVIDIA are waiting for the appearance of 20 Nm of the process, we will try to analyze the situation with the real terms.

According to the head of TSMC, at the moment at the FAB 14 plant, the installation and commissioning of lines for the production of 20 nm solutions (fifth phase of expansion) has been completed.The installation of new equipment started in April 2013.Typically, such a process takes from six to twelve months.Real production with these norms will begin only in February 2014.A little later, in May 2014, 20 NM solutions will begin to produce FAB 15 plant, as part of the commissioning of the third and fourth phases of expansion of the enterprise.

Thus, the first crystals will go into lithography no earlier than February next year.Crystal growth cycle is carried out for one to three months-this is before the stage of cutting of substrates.Suppose, in February (subject to the correct design), the first batches will be launched, then you need to wait for ready-made solutions no earlier than Marta-May!So, the new graphic nuclei, made according to the norms of 20 nm, will appear in late spring or summer.Until that time, video cards are unlikely to be released.

What then will I delight us AMD and NVIDIA?Obviously, AMD can turn his gaze towards its former right hand - Global Foundries, only the promises of the latter often do not agree with reality.It is unlikely that it is worth waiting for her microcircuits 20 nm.In my opinion, the appearance of the Tahiti family released in 28 nm standards, and some NVIDIA video cards are more likely.Many people believe that new top models will be released in the GeForce line, something like Titan Ultra with all functional blocks, or GTX 790 on a pair of GK110.But, most likely, NVIDIA will expand the range of the seventh series down, towards GTX 750 (Ti), GTX 760 Ti, GTX 740.Where old solutions are still present in market positions. 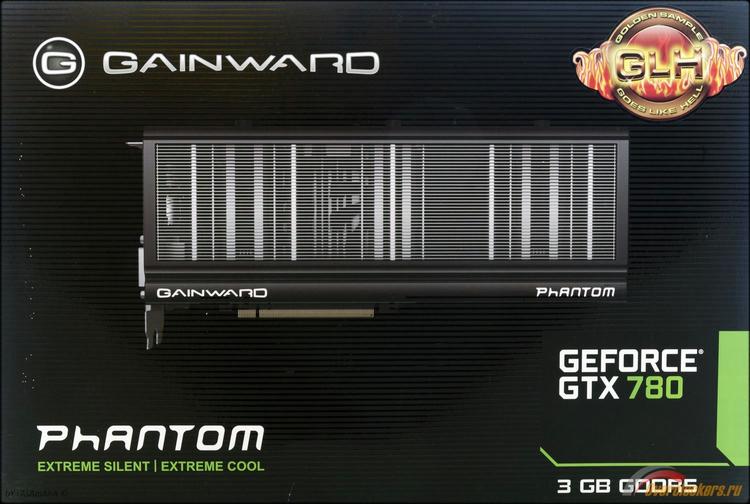 Now let's get back to the good old Kepler architecture and the GeForce GTX 780 based on it.

The design of the Gainward accelerator box is designed in the spirit of the entire Phantom series.

Once, having expressed the theory about the absence of Palit or Gainward software for acceleration, I managed to get a finger at the sky.It turns out that it is in the asset of both companies (or rather, brands).It is worth taking your words back and apologize.But, on the other hand, there is practically no sense from outdated.See for yourself, it includes:

Judging by the signature, Expertool in the NVIDIA version does not support normal acceleration with TDP unlocking and voltage.

Nothing but standard changes, the program does not know how to.And the appearance of an amateur.