The launch of a startup is a difficult and quite risky business.In modern realities, thanks to the crowdfunding resources of Indiegogo or Kickstarter, all financial risks are minimized, because you will not need to risk your money or urgently look for a couple of large investors who are interested in your idea.

However, at the dawn of the development of the IT industry, the failure of the idea laid down on the financial cargo on the shoulders of the developer company.And often even very original projects turned out to be not just uncompetitive, but also entirely failure.

Sony and the principal duel "Betamax against the VHS Standard"

In the far of 1975, the Japanese manufacturer Sony relied on the launch of devices supporting the reproduction of content on the carriers of their own development - semi -inch video cassettes with a 12.7 mm tape width.At the same time, the main competitors chose the VHS format familiar to the modern generation or, more simply, good old cassettes with a magnetic tape, the gas station of which was fundamentally different and was more reliable and easier than in Sony Betamax.

Given the Sony policy, as well as the obvious advantages of VHS, which was “adopted” and began to actively implement as a basic standard for home -made video recorders, the idea with Betamax was unsuccessful.

Microsoft Bob: an interface that has ahead of its time

In 1995, Bill Gates, together with his wife Melinda Gates, seemed to have presented a rather promising project - Microsoft Bob.The development was a simple and understandable graphic interface for Windows 3.1.

Before the attractive shell, the goal was to facilitate the management and interaction of the user with the computer system, turning the latter into a visual analogue of an ordinary apartment.As in a real living room, it was possible to rearrange objects in Microsoft Bob, go from room to room.Almost every interior detail, responsible for the work of a particular application, was placed at personal discretion based on the need for regular use.

Alas, in the near future, the interface had to be abandoned in view of the ambiguity of the concept itself. Write a message for subsequent sending it through e -mail, pressing a beautiful icon with a notebook on the virtual table of the Microsoft Bob virtual room - this is, of course, funny, but not too practical for business people. In addition, the graphic component required too large computer resources and maximum performance, which was an inadmissible luxury for home "personnel" of that time. And the audience, which appreciated the interface, turned out to be too small.

Microsoft Bob lasted exactly a year, after which the project was touched by its creators.The reason for this step was, according to Gates himself, the following fact: "Bob - died."Nevertheless, even after many years, experts do not cease to criticize Microsoft Bob, which managed to lead the worst development rating of the last ten years and find themselves in the list of “50 most unsuccessful inventions” according to the version of Time Magazine.

Microsoft Zune: media player who could not

A portable product for listening to music and watching a video focused on promoted branded Internet services Microsoft was to become the main competitor of Apple iPod models. Zune's players came on sale both with a flash drive of up to 16 GB (for the later Zune HD model, the capacity of such a carrier was up to 64 GB), and with hard drives, up to 120 GB, as well as Wi-Fi module in those days. For wireless data exchange. Despite the functionality and a clearly oriented marketing policy of the manufacturer, Zune can hardly be called a successful device that managed to weaken the IPOD positions on the market. 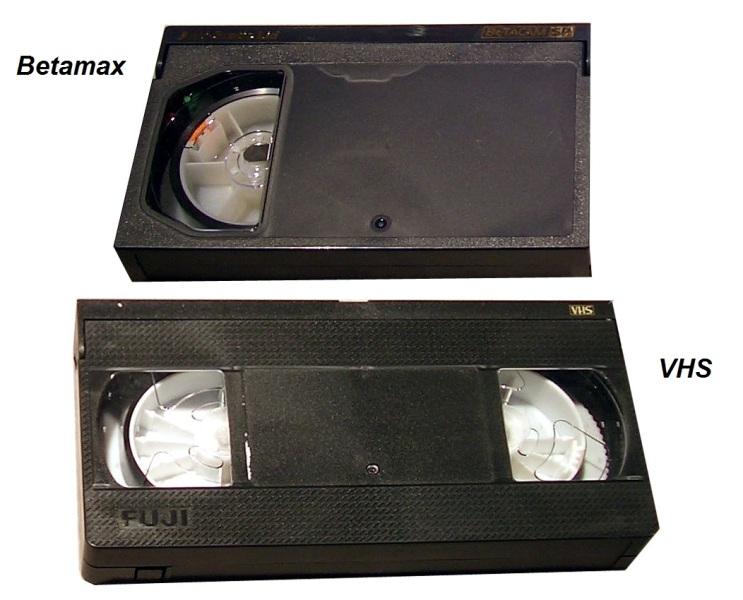 Robbie Bach, head of the Microsoft entertaining and mobile sectors, explained the reasons for the failure with Zune: “We were simply not bold enough.And this despite the fact that the product with the Apple logo at that time was not at all unconditionally desired for music lovers, and the Copertians themselves were just starting to develop their style and instill in customers love for the branded ecosystem. ”

HD DVD format: surrender under the onslaught of Blu-ray

Another race of video formats led the Japanese along the false path.This time, Toshiba specialists, together with engineers from NEC and Sanyo, made a small mistake, considering the production of HD DVD carriers who received a new data recording technology.

Disks standard in physical dimensions, but with a volume increased to 15 GB (for two-layer HD DVDs, this indicator was 30 GB) were in the era of the popularity of Blu-ray launch vehicles to no one.

And although sales of HD DVD lasted almost two years since the announcement of the announcement in March 2006, trying to imitate success in the eternal “format race” for Toshiba has become a meaningless occupation.It’s just that the company from the Land of the Rising Sun had no chance of competing on equal terms with a more advanced Blu-ray technology at that time.

Google Lively: a three -dimensional social community for a period of five months

The virtual 3D-world from Google with an emphasis on the social component, which was the cheerful name Lively, was supposed to become an analogue of the popular Second Life simulator from Linden Research.But if everything went according to the planned scenario, the multiplayer online project would not be a participant in this anti-rating.

Users received access to Cybermir Lively in July 2008.And already in November 2008, Google's leadership announced the termination of the development of the project due to low popularity, suspending its work a month later.

The Joojoo tablet from the Singapore company Fusion Garage is a classic example of how pricing can completely destroy all plans to conquer a share in the mobile electronics market.

While the iPad left with a lightning pace from store shelves, the demand for Joojoo with a similar value of $ 499 was extremely low.And although the device of engineers from Fusion Garage worked on an alternative Linux platform and boasted a 12-inch display with a resolution of 1366 × 768 pixels, Intel Atom N270 with a graphic accelerator NVIDIA ION, and 1 GB of RAM, voiced by JoojoWalk popularity.The first presentation of the tablet took place in 2009, and the production of the device ceased next year.

Attempts to introduce users to the Web OS platform, which was installed as an operating system in HP TouchPad tablets, initially seemed unsuccessful.Nevertheless, the leadership of Hewlett-Packard took this step and refused to further develop the idea after 1.5 months.It was possible to predict such a development of events based on several factors:

Facebook Home: And instead of the blocking screen, the news feed is

The idea to change the software component of the Android operating system, so that instead of a boring blocking screen, relevant gossip and records of a social network will become available to you precisely at Facebook. But this concept also has the reverse side of the coin - instead of a peaceful screen with a clock, date and indicators of missing calls/messages, a real chaos from a huge number of messages began to occur on the display during scrolling. In addition, such modernization of the “firmware” negatively affected the duration of autonomous work, additionally consuming the processor resources.

Actually, the pleasure of reading a news feed on the blocking screen and leave comments under the changed statuses of their friends turned out to be very controversial.As a result of this, the initial cost of a subscription for a period of two years fell from $ 99 to $ 0.99.

The final conclusion was the following conclusion: the Facebook Home platform is intended for inconspicuously dependent on the social network of the same name, and it should be immediately removed from the phones of all other users.In the future, Facebook itself disbanded the department whose employees at one time were busy creating a Home platform for a limited number of smartphones on Android OS.