Apple, in the framework of the online presentation of new products, introduced a new generation of “smart” watches Watch Series 7.The new Apple Watch Series 7 will come out in the fall in the fall.The clock will be available in five colors, in versions from Nike and Hermes, in aluminum buildings, stainless steel and titanium.The cost of a new accessory will be from $ 399.After the release of Watch Series 7, the Watch Series 3 and Watch SE models will also remain on sale.

The accessory received a new rounded case with an updated Retina screen, which became 70% brighter and 20% more in area than Watch Series 6, and the frames decreased by 40% compared to the predecessor.It is stated that the novelty has become the strongest Apple Watch in history, as well as the first hours in the line of dust protection according to the IP6X standard.The clock also retained water protection.

The interface was redesigned to an enlarged design, and the display now contains 50% more text than before.For entering, you can now use a full -fledged keyboard with QuickPath function.The autonomy of Watch Series 7 is declared at the level of 18 hours - the new charging system allows you to speed up this process by 33%, and from 0% to 80% charge the clock in just 45 minutes.Only 8 minutes of charging are enough to track 8 hours of sleep. 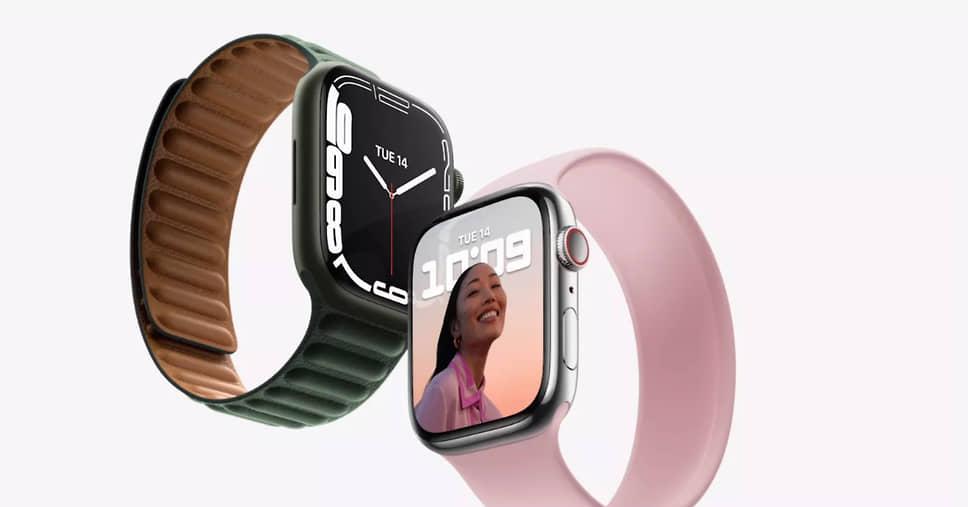