In the terribly crowded mid-range segment of the smartphone market, you have to show up with a unique feature to really stand out. It could be a great camera, an excellent implementation of Android, a battery that lasts longer than everyone else's, a super-affordable price, or even just a famous logo from another company slapped onto the back.

Alcatel's premiere feature on its OneTouch Idol 3 is reversibility. You can flip the handset upside down and the whole display automatically adjusts so you can continue to use the phone—even to answer a call, thanks to a microphone and a speaker featured both above and below the display. Unless you're using the rear-facing camera, there really is no wrong way to pick it up.

However, spend a day with the Idol 3 and you'll forget about the reversibility: The phone has a many great features beyond being ambidextrous. For starters, there's the amazing audio quality, made possible by Alcatel's partnership with JBL. This smartphone can't compete with London (the device for music junkies just announced by British guitar-amp-maker Marshall), but it does deliver great sound through the twin front-facing speakers. If you're looking for some privacy, the Idol comes with JBL in-ear phones bundled in.

Also in the plus column: The Idol 3 runs a very pure version of Android. Alcatel's customization of Lollipop 5.0.2 is light, and the additions are meaningful. You get facial- and eye-recognition device unlock along with the classic PIN or pattern methods. A OneTouch Stream function lists weather, news, calendar, and news bites usually delivered by Google Now. Five useful shortcuts are added to the lockscreen too, and you can use them to launch a number of functions: "Navigate Home" in maps; add a note, agenda, or new contact; set an alarm; start a music playlist or a sound recording; write new message or email; open a QR Code scanner; or fire the front-facing 8-megapixel camera for an instant selfie. 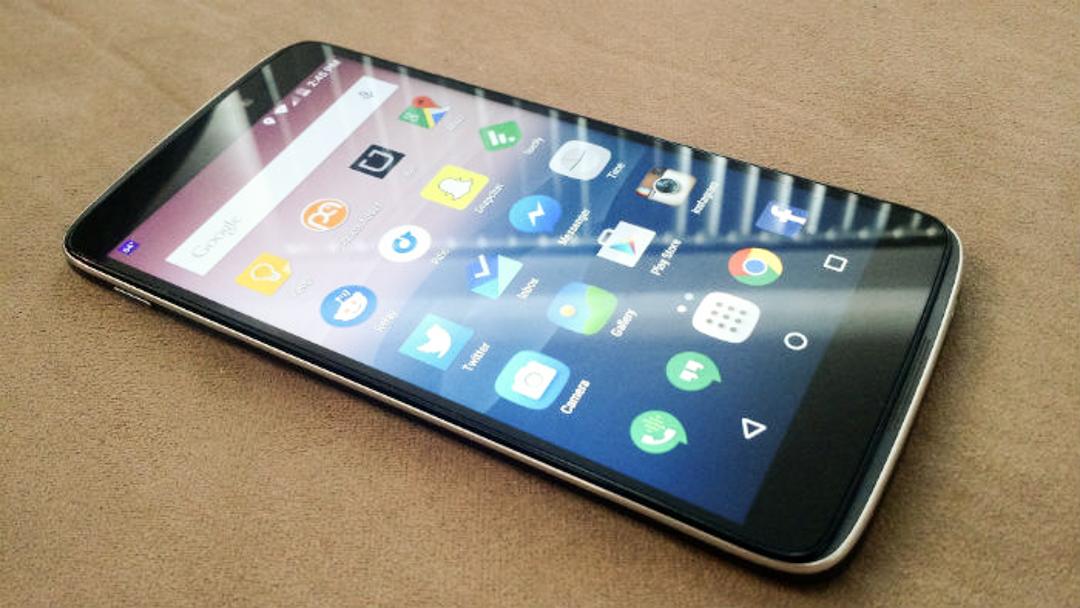 While the software and audio hardware are great, the Idol 3 is not a smartphone you'll pick for its visual design. It's a skinny phone (7.4 millimeters) with a cheap plastic body that's been classed up with a hairline finish effect, metallic accents, and chrome framing. For the price, it's certainly a good handset. Just a little boring.

The 5.5-inch IPS screen has an outstanding pixel density of 400 ppi, good viewing angles, and is nice and clear even in sunny conditions. It's also tuned by Technicolor, whose technology adds an above-average brightness and color saturation. Also, there's almost no gap between the glass and the screen, and the text and photos look like they're actually casted on the outer surface. The only flaw I noticed is the pixel matrix you can spot looking at the switched-off display in bright light.

The main camera features a 13-megapixel Sony sensor set in a shiny chrome frame, with single LED flash light placed right below it. It takes nice images in bright daylight, and a recently released software update has improved how brightness and colors are represented. There's not much to complain about the camera even in shady, low lit environments, even if sometimes it need a couple of seconds more than it should to focus and shoot. Swiping from the left in the camera app brings up a menu of options: HDR, Pano, Time-lapse, Face Beauty (for enhancing tone and texture of the skin), and a manual mode to adjust ISO, shutter speed, focus, and white balance.